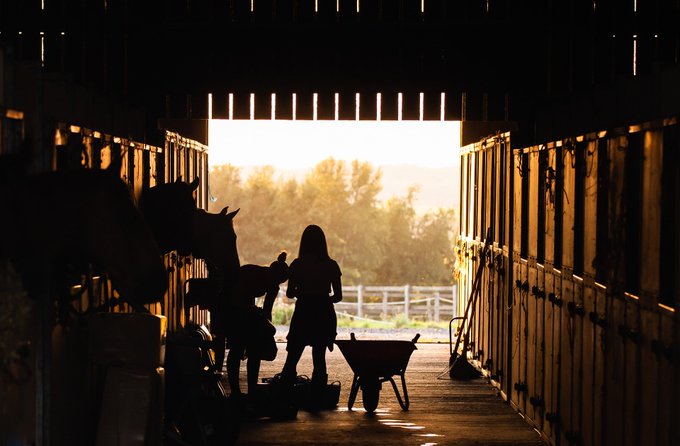 Today is #WorldEnvironmentDay So why not do your bit & clean around the yard It’s important that your horse is kept in a clean environment A big clean up of the feed room & stable all for a better atmosphere, and benefiting your horse’s health

Having retired to stud in late March of last year, the first foals by #Idaho are now arriving and include this quality colt out of Happy Flight bred by John Butler who described him as “probably the best foal we’ve ever had.” Winner of the Hardwicke Stakes at #RoyalAscot, the Great Voltigeur Stakes @yorkraces and the Ormonde Stakes @chesterraces, #Idaho was also placed in the Epsom Derby, the Irish Derby and behind Enable in the ‘King George’. Bred on the famed #Galileo/Danehill cross he is a full brother to seven-time Gr.1 winning superstar #HighlandReel #CoolmoreNHSires #HomeOfChampions #TheBeeches #Coolmore #Horses #Horseracing #HorsesOfInstagram #Thoroughbred

Inside our four-page hoof care feature, Helen Sharp talks to veterinary surgeon Dr Esther Skelly-Smith about her integrated approach to equine foot issues and how we can best support our horses from the ground up

Does your horse suffer from symptoms of Mud Fever?
@Cavalor

Everything Horse
@EverythingHors
· Jan 14
How to Treat Mud Fever https://everythinghorseuk.co.uk/how-to-treat-m

Murphy, who won the Japan Cup aboard Suave Richard in November, enjoyed a five-timer at Tokyo last year but went one better with six victories from 11 rides on the card following a double at the same track on Sunday.